My Kindle’s home screen has not, to date, recommended anything that would interest me in the least.

Most of the books look like something I would be leery of setting on fire for fear of toxic smoke. 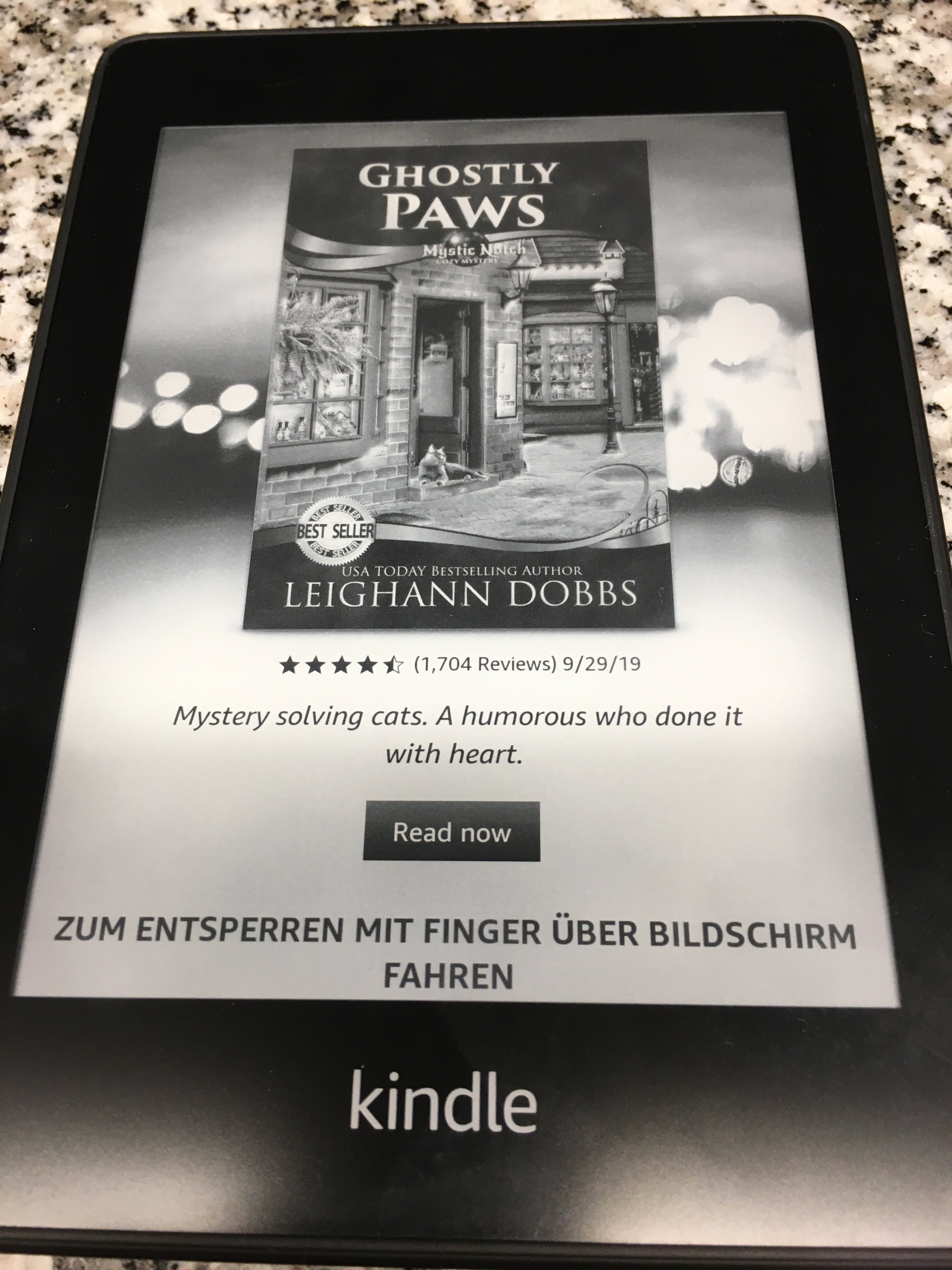 This one has the tag line of “Mystery solving cats. A humorous who done it with heart.”

Anyone who knows me will not be surprised to hear that I noticed the missing hyphen in “Mystery solving cats” immediately.

After that, I crashed into the next sentence, assuming that they’d misspelled “humorist” as “humorous”, so I thought it was describing the author as “[a humorist] who done it with heart.” I was confident in my reading, figuring that anyone who would drop such an easy hyphen would also be capable of such a crime against humanity as that purported sentence.[1]

My wife pointed out that, in fact, “who done it” was a misspelling of “whodunnit” so that the sentence should have read “A humorous whodunnit with heart.”[2]

I realize that I’ve already paid far too much attention to a book called “Ghostly Paws”, recommended by USA Today. My Kindle is driving me crazy.[3]

[1] Which it is not. A sentence, that is.[4]↩
[2] This fragment is still not a sentence, but is, at least, legible.↩
[3] Neither of those two fragments are sentences either.↩
[4] See Amazon Prime and Kindle Unlimited for more trials and tribulations.↩