The article 2021 Prediction #4: WiFi 6 is a bust (for now) as Bufferbloat returns thanks to ISP greed by Robert X. Cringely takes up a topic that he’s written about quite a bit over the last decade: bufferbloat. This symptom of a bad connection shows up as excessive buffering and excessive latency when streaming video (or a lot of data). Basically, the connection will continually fail and restart until it stops altogether as the router gets all snarled up. The following definition is from Wikipedia, which has even more technical information.

“Bufferbloat is a cause of high latency in packet-switched networks caused by excess buffering of packets. Bufferbloat can also cause packet delay variation (also known as jitter), as well as reduce the overall network throughput. When a router or switch is configured to use excessively large buffers, even very high-speed networks can become practically unusable for many interactive applications like voice over IP (VoIP), online gaming, and even ordinary web surfing. (Emphasis added.)”

The problem has basically been solved. It was solved soon after it was discovered, but the problem since then has been distribution. ISPs are still chirpily distributing routers with “excessively large buffers”, which means that it doesn’t matter what your upper limit on bandwidth is—your router isn’t going to be able to use it. As far as I can tell, though, Cringely is mostly talking about the United States when he writes that “hardly any ISPs support” proper connections.

“All of the anti-bufferbloat internet standards mentioned here have been published and available for at least eight years, yet hardly any large ISPs support the new code in their default equipment. I can only guess that’s because it solves too many problems and lessens demand for bandwidth. Think about it, ISPs make a killing selling you excess bandwidth you don’t actually need. Electrons you aren’t using don’t exist and therefore those bandwidth upgrades are 100 percent profit. (Emphasis added.)”

Unfortunately, the ISP has zero incentive to fix bufferbloat and a huge incentive not to fix it. The only thing standing in their way is basic ethics, morality, and the desire to provide a good service before making a bigger profit. Cringely goes on,

“If you don’t know if you have bufferbloat, you are lucky. Check by running the DSLreports speed test, NOT the speed test from your ISP.”

I can confirm that DSLreports speed test is quite good and shows you much more data than my previous default Speedtest.Net. 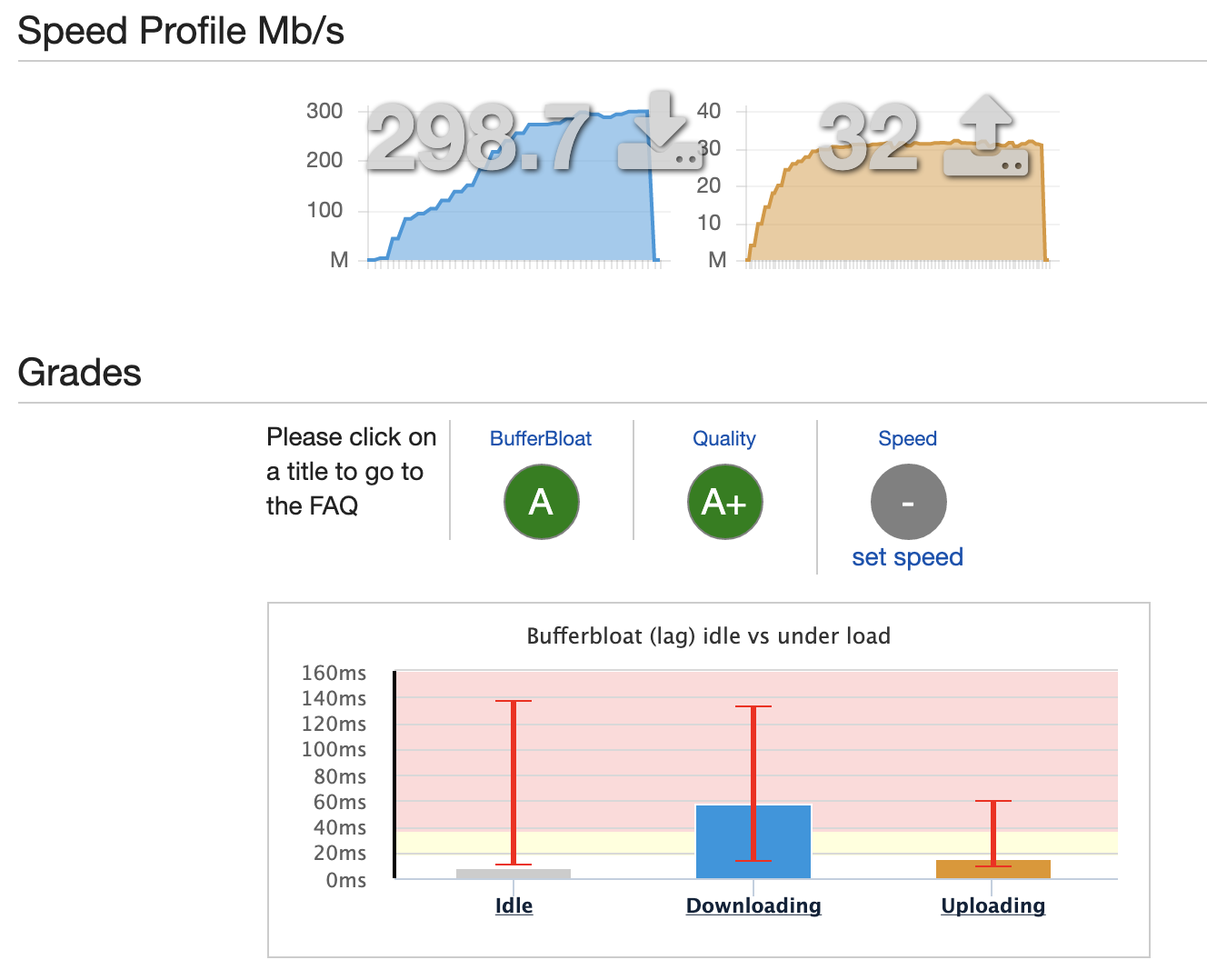 My connection is healthy

“Users are much better-off staying for now with 802.11n or ac at the mid tier of Internet speeds with good bufferbloat fighting tech if they want to sit at home sharing the link with their kids.”

The problem has come to the fore again because everyone is running video calls from home all day and their already-trying experience is made worse by a stupid configuration error in the firmware of their routers.

If you run the test above and you have a bad bufferbloat score (the average in the U.S. is C+), then see if you can get a router that Cringely recommends (he lists several) or ask your ISP if they can update the firmware. Do not upgrade your connection; it almost certainly won’t help and would be throwing good money after bad.