It’s like you’re not even looking at the charts

The comic Explaining Capitalism to Aliens by Corey Mohler shows a top-hatted capitalist explaining our economy to two, much-taller, blue aliens with tentacles for arms and two extra tentacles extending from their ribcages. Their physiognomy isn’t relevant to the story, but that’s what they look like. 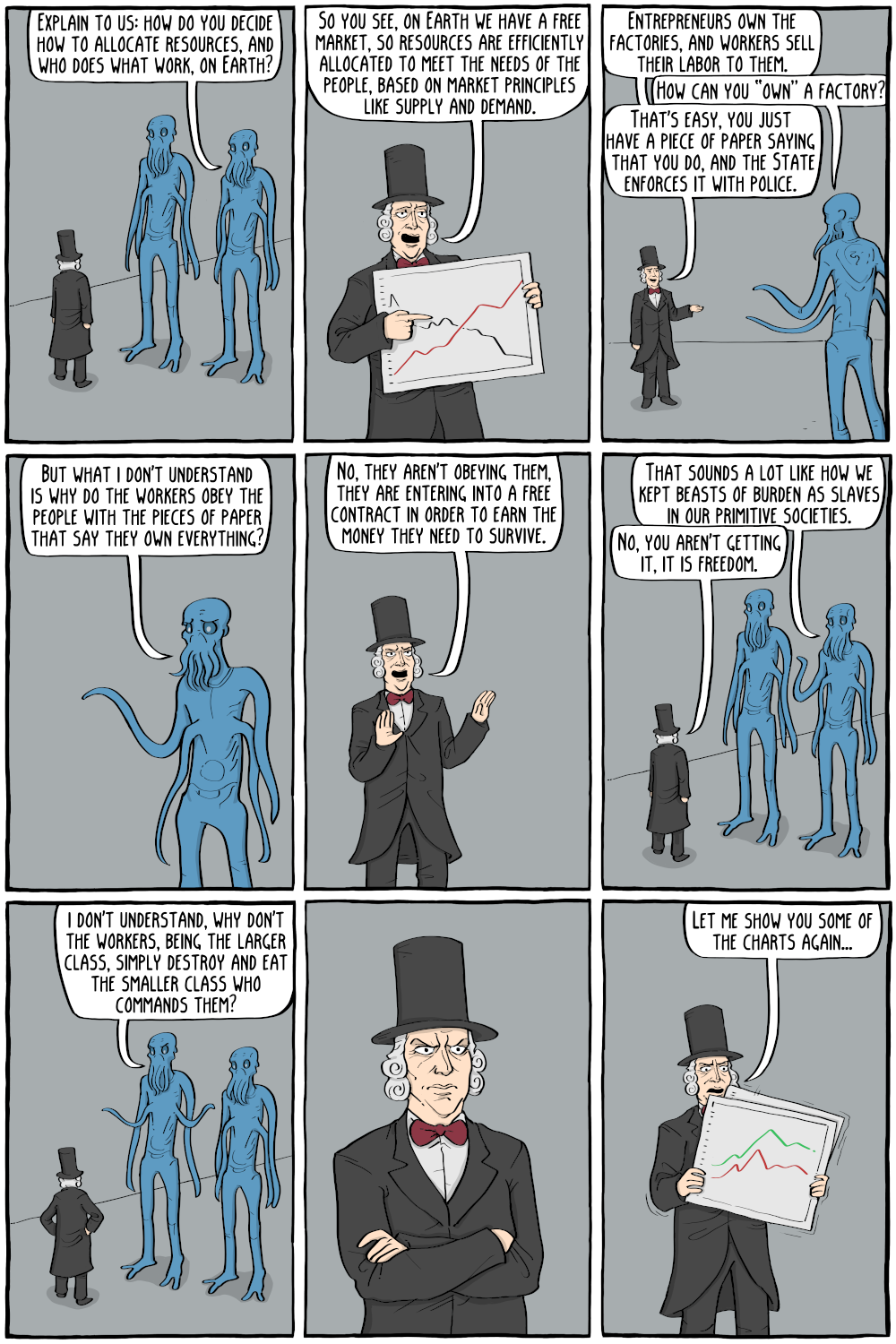 “Alien: “Explain to us: how do you decide how to allocate resources, and who does what work, on Earth?”

“Human: “So you see, on Earth we have a free market, so resources are efficiently allocated to meet the needs of the people, based on market principles like supply and demand. “

“Human: “Entrepreneurs own the factories, and workers sell their labor to them.”
Alien: “How can you “own” a factory?”
Human: “That’s easy, you just have a piece of paper saying that you do, and the State enforces it with police.”

“Alien: “But what I don’t understand is why do the workers obey the people with the pieces of paper that say they own everything?”

“Human: “No, they aren’t obeying them, they are entering into a free contract in order to earn the money they need to survive. “

“Alien: “That sounds a lot like how we kept beasts of burden as slaves in our primitive societies. “
Human: “No, you aren’t getting it, it is freedom.”

“Alien: “I don’t understand, why don’t the workers, being the larger class, simply destroy and eat the smaller class who commands them?”

“Human: “Let me show you some of the charts again…””

“Alien: “I don’t understand, if ever increasing-consumption is leading to the destruction of your own planet, why don’t you just reduce consumption?”

““Because then the investors would lose money. It’s like you aren’t even reading the charts.””