The state of streaming media

I wanted to watch a Swiss TV show that broadcast last Tuesday. I have a wealth of choices available to me.

I have a “media box” from UPC, but it’s not connected because it draws too much power, even in standby mode. We (almost) never need its features, so we leave it off almost all the time. Maybe during the Olympics, we’ll hook it back up. We’ll see.

Anyway, I didn’t want to mess about with hooking up the media box—It’s not that difficult; I’d just have to connect the cable to that box instead of directly to the TV—but, as I wrote above, I have a wealth of options, so I tried something else.

I have a ChromeCast, so I figured it would be easy to play off of a device and cast to my TV. I’ve done it before. Although, not for a while now. There’s no reason it shouldn’t be working anymore, right? Right?

I’d just learned about an option called PlaySuisse from a friend. It doesn’t offer to connect to the ChromeCast. That’s probably because I’m using the Opera browser.

Fine. Time to install Chrome on the laptop.

Fire it up. Log in to PlaySuisse. ChromeCast option is available!

It’s connected, but it’s not going to play anything. Why would it? 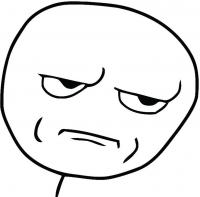 OK. One more option. Let’s go see if we can replay from SRF TV directly.

Nope. You can only turn on subtitles when you’re not casting. 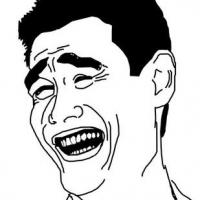 There’s also Sunrise UPC with its own replay function. Hey, that can also cast to the ChromeCast. It also lets you set subtitles. Let’s go!

Hmmm…it’s 01:08:00 instead of 56:00. I guess for the pleasure of watching it via a web site that I pay for every month, I’m going to have to watch eight minutes of commercials. Neat.

Well, if it has subtitles, I guess I can fast-forward through the commercials.

It doesn’t. It doesn’t have subtitles.

OK. Fine. Back to the original source at SRF TV, where there are no subtitles, but also no commercials. 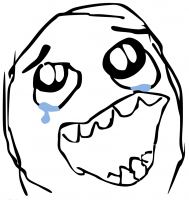 What have we learned?

This is really not so easy. I imagine many, many others wouldn’t have gotten this far and would have probably just watched it on their tiny phone.

I have a media box and I know I could connect it and probably get it to show my replay content directly. But now I’m wondering whether it would serve me eight minutes of commercials, like the web site.

Should it be this difficult? I’ve paid for all of these services, but they don’t do what I want. It’s no wonder that most people end up watching TV on whatever device they’ve managed to get a stream running on.

If we back up a bit, I understand that I’m complaining at a very high level. I’m talking about pushing Full-HD streams around to different devices. This is magic, right? That I even have three or four ways of watching a TV show that aired last Tuesday is already an inconceivable luxury compared to just 10 years ago.

But they just don’t interoperate in the ways that they’ve promised—and in ways that are entirely feasible if they weren’t all so focused on making you pay for more things. I know that a lot of these barriers are artificial, that they’re imposed by the bizarre collection of commercial interests that are involved every step of the way.

This is the way of the world. Technological promises without end. And we can’t even really get the easiest stuff right. This is why I’m always so skeptical of amazing new technologies. I fervently want them to work, but I worry that they’ll work pretty much like everything else: a bare minimum of functionality that just keeps you from canceling your contract. And that’s only because canceling would be another slog through a semi-functional technological process.

Everything’s a scam these days. Even when they provide some functionality—which is amazing compared to what we had decades ago—you still end up with a bad taste in your mouth, because there are even more amazing things that you’ve actually paid for and that they’re not delivering.

What I’m saying is, is that we could have even nicer things if everyone weren’t so damned concerned with the primary mission of shoveling money into their fat faces.

[1] No, I don’t need English subtitles. The show is in Bärndütsch (a very different dialect of the Züridütsch that I’m used to) and a lot of the people are mumblers, so I like to have the subtitles as backup. It was absolutely fine without them, though. Almost better, to be honest. I guess by season four, I’m used to it. Needs must when the devil drives.↩